Life on the farm cycles with four seasons rotating in the same order every twelve months. No two seasons are the same, each with a

temperament of their own that varies from year to year.

Each season triggers a different response from all who live on the land and from our merinos it is the growth of their marvelous natural superfine Australian merino fleece.

The primary elements of temperature, light and moisture in there various combinations form the seasonal expressions.

They govern the colour of our landscape which is demonstrated by nature’s response to when the grasses grow, when they bloom, when they seed through to senescence.

The Seasons and  Our Merinos At Barega Merino we cycle with the seasons and nature with the best time for our merino’s to join, when to lamb, when to wean and then to replenish to begin again.

Their natural superfine Australian merino fleece will reflect the story of this annual life cycle along their staple of their merino fleece.

The Seasons and the Land

The seasons of spring, September through to November and autumn, March to May, herald change and transition from the dormancy of the summer heat and of the winter freeze. It is during these transitional seasons that our farm comes to life, soil microbes become awake, plant and merino activity begins.

These two seasons have the ability to reward or punish those on the land and the landscape readily reflects its mood.

But let us start in the New Year and in the southern hemisphere that is with our hottest season of summer from the months of December to February.

As our New Year begins, summer is well under way with the heat of the summer mid-season temperatures increasing in our days and nights. Before the end of first month of New Year is complete, we pass our summer’s solstice which is almost unnoticed in its expression of the longest day and shortest night.

It is time where our superfine merinos relax in the summer’s warmth, thrive and gain weight on the mix of dried grasses and seed heads left over from the spring growth.

Our merino mothers teach their young which grasses to eat, how to pick the seed heads and when to go to water. They learn to rest in the heat of day, to graze in the cool of the morning and the early evening, leaving enough time for playfulness in the evening twilight.

Handling and Learning of Merino Lambs 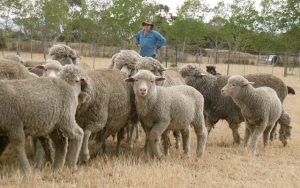 The merino lambs accompanied by their mothers, become familiar with yard environment and the shearing shed. The lambs with their mothers by their side learn to accept being handled and monitored which sets them up for the future on Barega farm.

Breeding selection and use of Australian sheep breeding values (ASBVs) result the our lamb’s robust health and merino fleece wool to grow quickly, requiring little to no intervention.

This is a time when pasture renovation is addressed with no till pasture renovation techniques and controlled stock rotation monitored to ensure 100 percent ground cover for environmental sustainability. The season is monitored as is the response of the land, always mindful that stocking rates do not exceed its carrying capacity.

The summer rains are temperamental and often absent, leaving a thirst on the land often not sufficiently quenched until the autumn break.

As the intensity of summer softens into autumn our attention focuses on preparing for joining later in the season.

The mothers have weaned their lambs, rested and regained their pre-joining weight which is our first step in preparation for the lambing of the following spring.

At this time each year, the young merino ewes born prior to this seasons spring drop, will be know 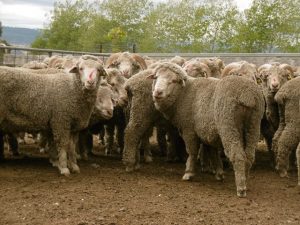 n as the maidens as they enter their first joining. But first they will be assessed and classed on their conformation and their superfine merino fleece characteristics.

Classing is an especially important and exciting event on any breeding property. It is a time of assessment and evaluation, looking at how the breeding has progressed against the breeding objectives of the property. 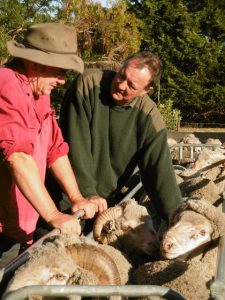 rt wool and fibre consultant, Dr Jim Watts of SRS merino assists us with our sheep classing and breeding program.

The process includes with visually assessing the maidens and stud animals along with their Australian Breeding Values (ASBVs) and other performance data.

The merinos are selected and placed into breeding groups of frame and wool types for joining. These groups will be matched with rams that have the traits and attributes to take the flock toward the natural superfine Australian merino fleece our buyers look for.

Our breeding objective is toward an easy care non mulesed superfine merino with free growing disease resistant soft wool. Working toward superfine merino mothers that wean their weight in robust merino lambs. For more information read our article on the advancement of our ultrafine and superfine merino through Dr Jim Watts of SRS merino. 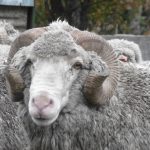 The autumn break is always welcomed with the still warm soil temperatures the landscape dramatically changes from the yellow dried standing vegetation into a mix of predominately new green grass growth and mushrooms.

It is around the autumn equinox that joining at Baregamerino is at its most active. Previously selected rams join their ewe groups with the join length determined by the season and its outlook for following spring and summer. 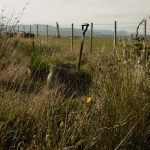 Late autumn through early winter is time when native grasses and woody plants are planted out into shelter belts, wildlife corridors and areas for regeneration. A time for general maintenance on fences, yards and buildings.

The mellow season of autumn is quickly over and the days rapidly shorten. The nights lengthen as the winter solstice approaches and are passes before the end of the fiscal year. Now winter cold starts in earnest, with lengthening of the frosty nights that barely thaw in the cool daylight hours, where temperatures barely meet double figures. 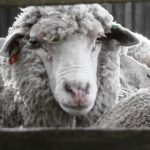 This is a time of monitoring all our merino sheep both young and old. The young merino weaners are given supplementary protein feed to maintain good physical health as the wet winter deepens. These groups are monitored closely, as like all youngsters they are susceptible to all sorts of bugs during the winter months.

The mature merino ewes enter their third trimester of pregnancy and monitored closely as it is a critical time for foetal development. The mob elders sometimes require supplementary feeding to keep them in good heart and ensure good colostrum production for their lambs in the spring. 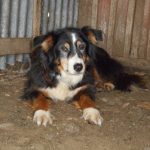 Everything slows in the winter; soil biology becomes dormant and grass growth on hold until the end of winters last trimester. As the temperatures continue to decrease, the daylight gradually begin to lengthen allowing the sun to warm the land for the spring awakening.

Spring is the season of renewal and with that brings new optimism and hope. It is a dramatic season, often unpredictable with all four seasons appearing in one day. This drama awakens the soil, plants and animals from their winter dormancy.

Our merinos give birth, often when the barometric pressures are rapidly changing! But all is well, as our merino mothers are in good heart; they have been prepared and are ready for this time.

It is a busy time for all on the land, the soil microbes become active, seeds germinate, and the annual and perennial grasses grow quickly. The ewes lactate well on the spring growth and lambs rapidly gain weight and play.

Lambing occurs in mixed aged mobs where the merino elders have a quiet and settling influence on the maidens. The birthing mothers are undisturbed as much as possible to have a quiet environment and space to follow their natural instincts through birthing, bonding and first feed of many of their new baby lambs.

This is a critical time for this relationship as it forges a bond that ensures her lambs survival throughout the days, weeks and months ahead.
As the merinos in the stud group lamb, we quietly intrude tagging and weighing the lambs within hours of birth. 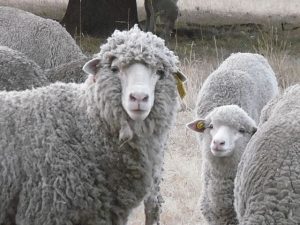 Further documentation of the lamb’s gender is noted, the number in the birth along with the mothers id to match her to her newly tagged baby.

The data will be added to make up their individual merino ASBVs, further deepening the value and accuracy of these breeding values.

Shearing of the previous springs lambs adds to the bustle of spring activity. Their ultra-soft and white ultrafine merino fleece wools are weighted and micron tested in the shed. The young merinos with their free growing superfine merino fleece will be shorn about every 9 months, a very different story from their Saxon merino grandparents some 10 years earlier.

Wool growth has increased since Dr Jim Watts of SRS Merino has been classing our merino sheep with shearing occurring at different times of the year. We grow our natural superfine Australian merino fleece length to suit our customer needs and specifications. Click here to read more about our ethical superfine and ultrafine merino fleece wool we grow at Barega Merino.

The spring shearing is with the use of cover or snow combs which leaves about 7mm wool stubble after shearing, a bit like leaving them with their underwear rather than naked. The residual short layer of wool on our merinos acts as a buffer in the event of fast cold scuds of weather than can occur on our mountainous island within our latitudes in our transitional seasons. 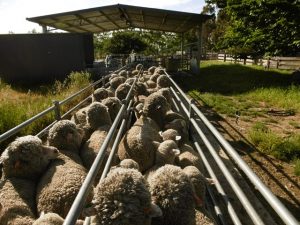 visits, this time for tagging and to begin health and vaccination programs.

Each year as our non mulesed merino lambs become deeper in the body and their plain wriggle free skins grow disease free ultrafine and superfine merino fleeces with ease.

Over time their tails are gradually changing shape and many now our lambs keep their tails for life.

The days really begin to lengthen; the sun rapidly increases in its intensity. After the spring equinox our lambing activity settles we begin to focus on our season. The spring season is crucial to the farm wellbeing for it sets the property up for coming year.

A plentiful spring grows an excess that carries through to the next seasonal break in the autumn. It also softens the fierceness of the summer heat on the landscape with a plentiful vegetative cover, giving plenty to all on mother earth.

Our merino mothers lactate well, able to fill themselves and raise healthy and strong offspring setting them up to cope with changes ahead both seasonal and becoming independent individuals on the farm.

The spring months are rapidly over and summer has officially commenced with Christmas just around the corner. The suns heat becomes more prominent and lasts longer each day and soon the landscape begins to change, the rate dependent on the depth of soil moisture.

The grasses have flowered and now seeding with the annuals beginning the race. The lushness of spring can quickly dissipate with the grasses haying off within weeks before the summer solstice. 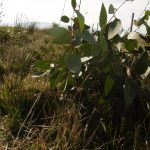 As we enter the New Year we complete one full circle of the seasons and one complete growing cycle of natural superfine Australian merino wool at Barega Merino in Tasmania, Australia.